SSC CGL GENERAL STUDIES / GS SECTION
SSC CGL Tier 1 2016 exam is not far away now. If you really want to score good marks in this exam, you must follow a proper plan for that. As you all know, SSC CGL Tier-1 Paper contains 200 Questions each of one mark. GS Section has 50 Questions in CGL TIER I Exam.
Approach
For SSC Exam Books visit ssc-cgl2014.in/p/books.html
è First see the topics of General Studies in SSC notification, and divide it into three chapters “S+S+C”= Static + Science + Crap and must study something in GS on daily basis.

è 80% of the GS section comes from Static and Science Portion so try to strong this part. Static means Polity, Indian History & Culture, Geography and Economy.

è Try to learn short tricks of General studies; Short tricks are available in our Study MaterialSection. Also we continuously post the tricks available to us on our Facebook page. Always jot down the short tricks so you will not forget them.

è Current affairs can be cover by daily newspaper reading. We usually upload current affairs summary on the website after the end of each month. Download it from the Study material section@ssc-cgl2014.in or Current Affairs Section of @ssc-cgl.in

è Evaluate your performance by solving mock practice paper (all 04 sections) of Tier I on daily basis. Practice papers are available in our Practice Paper section. You can download it or purchase practice paper book like kiran from market. 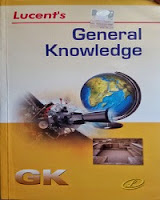 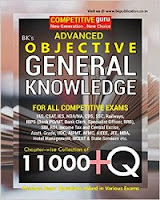 Chapters and Topics for SSC CGL TIER I Exam

è In GS Section do not try to attempt (Tukka) the question, whose answer you didn’t know due to Negative marking.

Result for the Course on Computer Concepts :- January, 2014 Exam has been declared by NIELIT. You can view your result on Our website by putting your Roll-Number.
To  check the result for January Cycle click here
Email ThisBlogThis!Share to TwitterShare to FacebookShare to Pinterest
Labels: CCC EXAM RESULT, CCC RESULT, JANUARY CYCLE CCC RESULT, NIELIT RESULT

SYLLABUS "SSC CGL 2014 TIER- I OF THE EXAMINATION"

B. General Awareness:
Questions in this component will be aimed at testing the candidates general awareness of the environment around him and its application to society. Questions will also be designed to test knowledge of current events and of such matters of every day observations and experience in their scientific aspect as may be expected of any educated person. The test will also include questions relating to India and its neighbouring countries especially pertaining History, Culture, Geography, Economic Scene, General Policy & Scientific Research.
C. Quantitative Aptitude:
The questions will be designed to test the ability of appropriate use of numbers and number sense of the candidate. The scope of the test will be computation of whole numbers, decimals, fractions and relationships between numbers, Percentage. Ratio & Proportion, Square roots, Averages, Interest, Profit and Loss, Discount, Partnership Business, Mixture and Alligation, Time and distance, Time & Work, Basic algebraic identities of School Algebra & Elementary surds, Graphs of Linear Equations, Triangle and its various kinds of centers, Congruence and similarity of triangles, Circle and its chords, tangents, angles subtended by chords of a circle, common tangents to two or more circles, Triangle, Quadrilaterals, Regular Polygons , Circle, Right Prism, Right Circular Cone, Right Circular Cylinder, Sphere, Hemispheres, Rectangular Parallelepiped, Regular Right Pyramid with triangular or square base, Trigonometric ratio, Degree and Radian Measures, Standard Identities, Complementary angles, Heights and Distances, Histogram, Frequency polygon, Bar diagram & Pie chart